Rose was born in Texas, the 'Lone Star State' and loves to take part in Catfights. She has participated in several private matches exclusively for her husband and so we asked her to allow us to film her contacting her opponents.

Aged 35, with a very youthful figure, she likes to use her own rules which include slapping and hair pulling! Rose and Stephanie have their first fight in an apartment, both down to their underwear, submission being the goal. 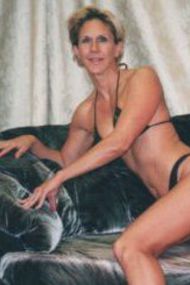 In her second fight Rose agrees to meet Sherry in the 'Women's World' gym and catfight in the ring. Sherry began wrestling in HighSchool and is very experienced, but she soon finds Rose is aggressive and very hard to control.

Both these matches feature lots of hairpulling and slapping and continuous action until one tires. 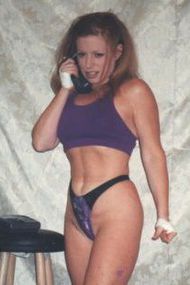 The third fight on this video sees Jill set up to meet another female but on arrival finds bodybuilder Christine able to dominate her.

Jill slows Christine down with a stomach punch and is able to turn the fight round. Both girls look stunning in full underwear, stockings and high heels. 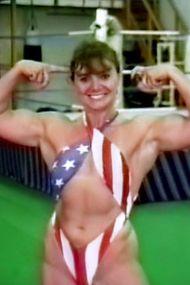 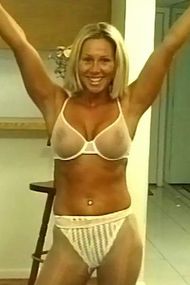